… and on the fifth day GaGa unleashed the beasts, saw everything that she had famed… and behold: it was very good…

SnappIt: Well look who just got a job at the electric company… bringin’ the sweatglam-seventies-borderline-aerosol-eighties club scene back with more flamboyant fervor than the lil’ tranny train that could work a runway: yes please.

#inanutshell: Just as big as before, but a more detailed, well-composed, worldly, optimistic “Bad Romance.” Very “After getting best undressed senior in high school, I went to Cal Berkeley, hung out in the Haight and now I’ve expanded my rainbow horizons.” That big sister. …. that Dennis the Menace to Madonna’s Mr. Wilson “I love you and all but, the what are you doing on my lawn – all the tick-tock time?!”

140 or less: Merry Neo-Disco Christmas! Open your heart, enjoy the holiday; don’t be drag, be a queen – and lay off the dirty ice cream

Verdict: Snapps A Whirl A Twirl

It’s a wrap; somewhere, Ronald Reagan is crying on Basquiat’s shoulder #postpostdiscodemonic #allsmileshere This is what some would call a “Game Changer,” this is what lil’ monsters would refer to as a “GaGameChanger” – before underwriting “AND IT WAS BORN THIS WAY, BABY!” for good measure – either way, this matters. She’s been saying it all year, but it’s a bit different when it happens.

“Ugh swiper… but how does it soundddddd – what does it all meannnnn?”

END_OF_DOCUMENT_TOKEN_TO_BE_REPLACED

I’m an interesting one, like many. I love and live my music. Music is the score of said life. So, a playlist sonic biography of the slightly younger, significantly wiser self.  Mood music … immune muses … Just a spin in the soundtrack of swipe’s life… Enjoi.

I see in sounds: my selfie is a soundtrack.

When this launched, who did I think I was… who did I perceive myself to be… well, I was a bouncing Baltimore baby, the charmed second, bite-sized cerebral stellar body in orbital training, traversing the globe from within the four walls of my elementary boudoir. Reach up, maintain soul, get down, claim control… move, swing, shake, for life, for lyric, for rhyme, or reason (whichever’s in season): a la mode, a la monarchy, nine years young, forever the groovy one… cheers.
END_OF_DOCUMENT_TOKEN_TO_BE_REPLACED

We are the music-makers, and we are the dreamers of dreams… four years ago we pulled a stunt that went and turned into a scene

“I know. But I can’t stay up here on my hill forever.“

I didn’t get to this place in my life by doing the smart thing every time. How ’bout you, frank farmer? Out there on the edge… did you ever do something that didn’t make too much sense, except maybe inside you? In your stomach somewhere? Something that wasn’t smart? I’ll bet you have plenty. I’ll bet you do. Nobody gets really good without it. And you’re good. I know that. – Ms. Marron

I suppose the only way to take this one sonically is through the sounds of an autobiography… at this point in my pop literary career with a one said Lady, certain signatures will emerge at some point within each piece – namely: each release being #theanthem, each release “solidifying this time and space voice of twain,” and autobiographical points of reference expounding on the sheer cosmic Pop of said beat drops. #postoculus #postpop This time, will be no different #letsdelve 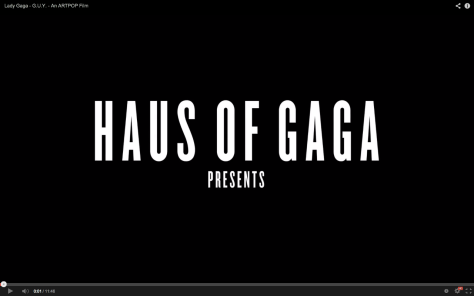 … and on the sixth day GaGa unearthed the feast, saw everything that she had gamed… and behold: it was very good

The scene opens and I feel the last four movies I watched on Netflix (America The Beautiful, Enron: The Smartest Guys in the Room, Boogie Man: The Lee Atwater Story, and Outfoxed: Rupert Murdoch’s War on Journalism ) “How do you tell a twelve year old they’re being manufactured for disposal?” echoes beneath sounds of the digital stock market, laser arcades and electronic abacuses blend with footsteps over barren plantations of the The Deep South’s perpetual state of reconstruction.

The rise of the South, crimson syndication – Carolinian Lee Atwater’s landmark Reagan / Bush campaign victories premised upon political theater at the expense of a misinformed public, Enron’s ascent from Texas prestige to global market dominance at the expense of $38B from California – the swelter of the Swine lingering ever-so-close by; the deserted landscape of our spectacular marketplace, entertainment and speculation, valuation on manufactured ideologies … and in the midst is the artifact, beneath the data-driven logistical bottom line: art as fact is buried.

It is no longer enough to be good, to be well-made, of inspired design, of impeccable craftsmanship, to be one of a kind – to transcend scalable. In fact, it is a loss; time spent maturing is a liability – “either die or don’t die, just let me know if it’s the first one so I can get a grip and camera guy.”

I see #sxswine heading up the hill. GaGa face down – in clothes not incredibly dissimilar from her Swinecore attire – money scattered, archaeological dig in disarray, Mitochondrial Eve rests in Mesopoptamian ruins… and the scene begins where Austin faded

In case you were wondering what’s behind the swine … existence of the living gold mine … the reality that human traffic runs through vinyl, video, and grapevine … that spectacular misery is of industrial design … that the vomit you spew, pre-emptive anesthetic to the polity coup: our very own blood red, sterilized white, and royal blue … the surrender in silence, the deafening void, the sadness… the sadness… the lament and suffocating isolation of that human capital demise … that behind the lids are empty exes where once haused Tiresian eyes.

The scene shifts, I feel the movie I was in the middle of watching on Netflix when a majestic eclectic heralded G.U.Y.’s arrival: Disney’s Hercules#ayverse

Even when you doubt, you cannot deny the truth. In the beginning, was the word, and the word was good; in the end, all that remains is that seminal word to rebuild from the ruins of slander… the only four-letter word from where life springs …. ishq to mark the mortal compass, eros to transform, love to transcend.

The electric world life: owning nothing in the Haus, all is had in electric word; all is manifest from mental creations given wings within tangled webs … beneath the static, found frequencies connect and channel perceived truths as canons of a new world. Bound not by domains, built instead upon the orbits of psychopomp relays.

It’s not real, it’s theatre; because reality is the illusion of essential materiality … the delusion of juvenile insanity washed away by the beauty in mysterious mentality … the rhythmic word, the love game’s dans … the choreography across this dimension’s canvas …

Magdalene ascends from the realm of lower mystery: Rilke’s triumphant female returns for the first time. The caterpillar sheds its biological echo chamber, claiming imperial divine on behalf of the natural, where fabrics of the regal are indeed invisible in design.

The sin is not the fall, salvation is not in calendar spring; the sin is to see in shame, to bear false witness against the love made manifest in anything: to posture on the production of mortal death to profit from false life … to fragment, displace, and deny the father his liberated child of light and she, who cultivates endlessly those creations of which never die at night – forever beautysleeping in a trance, but never sleeping to dream, the perceived pain in work, and the beautiful bond of shared experiences yet to be unscene.

That G.U.Y. … makes me want to be a doper person; that G.U.Y., made GaGa cry tears and tempos of cosmic civilization’s arising reign – those G.U.Y.s stepped foot on the shores of a celestial sandbar four years ago: baptized by the stellar, bound to the state, burdened by paradoxes that make us great… silently rolling, navigating while blind, guided only by the music and faith that in time, the walls would crumble and the streets would main, Valhalla would rejoice at The Angels’ true frame, the disparate light would emerge from the dim; and The South would walk through antiquated resentment, to bathe in capital h.i.m.

… four years ago: a maker was met, as moonwalkers first stepped onto the currents beyond wires; houses of song where once wrested lyres …

ARTPOP could mean anything, ARTPOP means what you make of the muse; ARTPOP means mastering the verse, chorus, choreography, bridge, breakdown and sample of life’s cyclical soundtrack. ARTPOP is crafting an atmosphere in the perfection of your mind, from truth of the spirit, the pulse of your heart, and absolute certainty in the mysterious divine. Four years ago a king said, “This is it;” here that G.U.Y. says: “Now, it’s time.”

The secret language of G.U.Y.’s destiny is transcendence through empowered innocence of love eternal